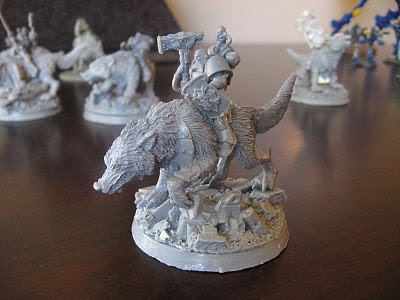 I got my the Thunder Wolves I ordered from the Philipines.  I only had to wait about 5 weeks.  I didn't have any problems with them, and they threw in the bases they are on.  I really like these wolves.  It looks like they could actually carry some marines around.  Some other wolves out there look a little small. 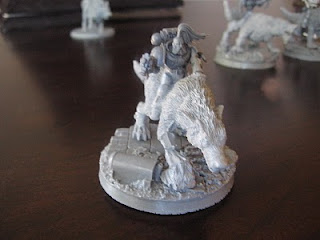 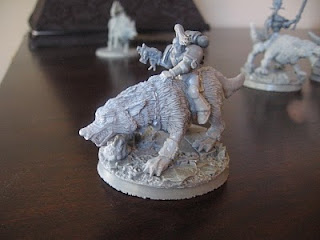 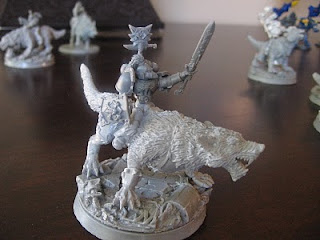 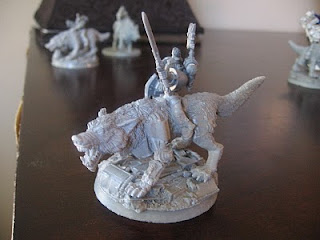 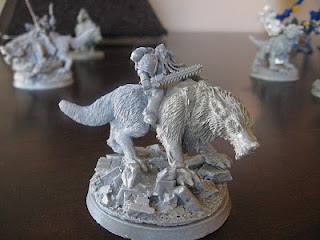 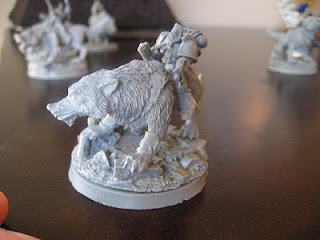 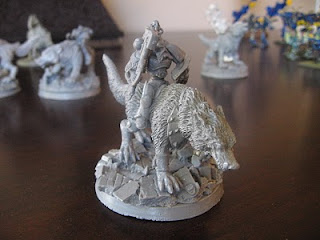 All the bodies and weapons are magnetized so they can become iron priests, wolf lords, or just regular Thunder Wolves.  I can't wait to start painting them.
I got the wolves on ebay under the search 'Wolf Mounts for Miniature Tabletop Gaming ' Sold by Jeanwulf.  He had some negative comments due to the time it was taking to get the models.  Mine took about 5 weeks to get them, but they are definitely worth the wait.

Now they are being sold by Mythicast, but are currently not listed.  They will most likely come up again.  They also were very affordable.  $55 for the set with $21 shipping. With shipping, that is just over $15 a wolf.
Here is one iron priest.  I need to drill into the metal body of the priest and put the magnet up into his torso.  Other than that, he looks great. 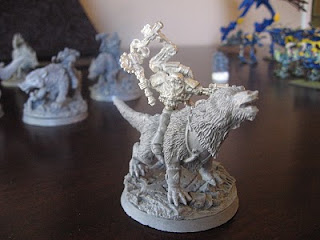 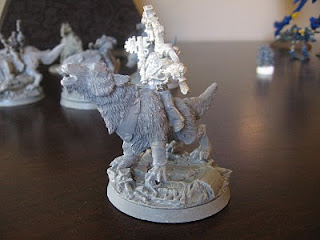 I also finaly took the plunge and bought some resin bases.  They look great.  I bought them from secret weapon miniatures.  I now want to have all my figures on them.  They are really nice looking and really add to the army to tie them together, and really make them shine.  Here is a wolf guard with twin claws on a base.  You can just make out a circle of runes under him.  It should be easier to see once its painted. 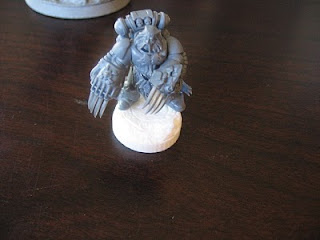 Finaly,  here is a pic comparing the Thunder Wolves to Canis Wolfborn.  I think the size of the wolves are great.  I need to get Canis on a better base so he looks like a leader. 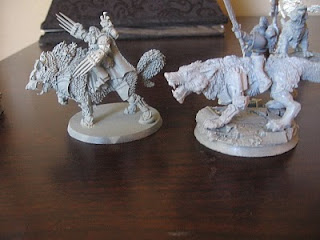 I had a couple requests to see the whole army that is painted so far.  So here they are.  In June, I finished the wave serpents and the falcon.  Since then, I started some work on the shining spears, but my eldar have gotten derailed by my wolves and Tyranids.  But mostly the wolves. 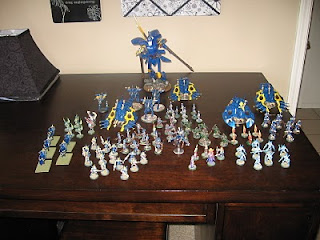 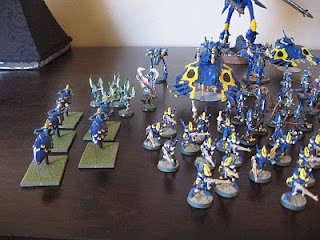 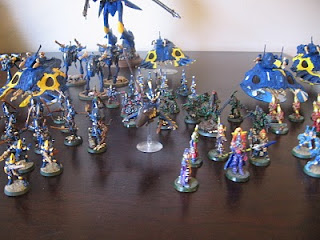 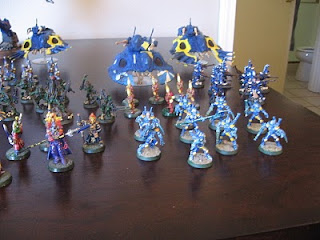 I also have about 30 old school Harlequins that I painted in high school.  They didn't make it for the family picture. Here is also a close up shot of the falcon on the falcon. 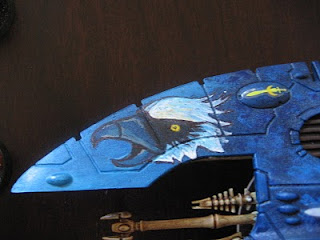