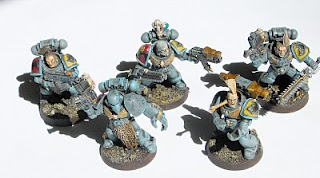 Here are the first Space Wolves.  Half a pack of Grey hunters.  I like how the colors came out.  I am excited to finish this pack and then paint a whole pack at a time.  That should speed up the painting time.  I am going to magnetize the melta gun so I can switch it out to a plasma gun or other change for future codex changes, and if I want to try something else in the squad.  Can't wait to try these guys out in a battle. 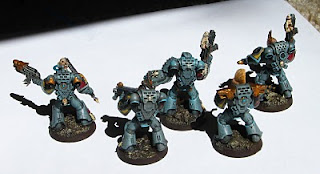 The picture above is the best representation of the actual colors.  I am frustrated by the different results I get with each picture.  I feel like taking pictures takes as much skill as painting! 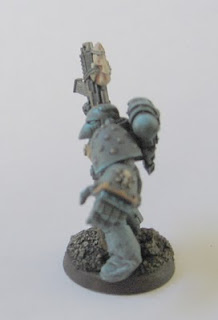 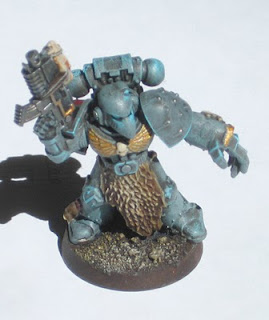 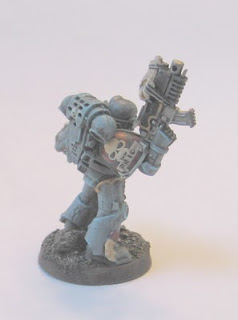 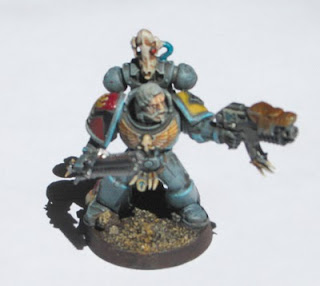 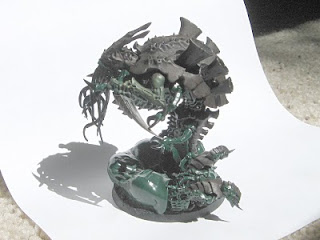 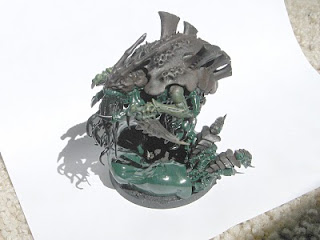 Here is the finished modelled tervigon.  I like him overall, but as a design element, wish I had the spawning termagants coming out forward.  They don't look as fearsome coming out the back of the model.  Still have some painting to do, but happy so far with the progress. 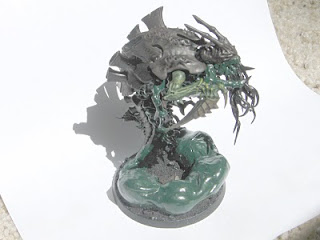 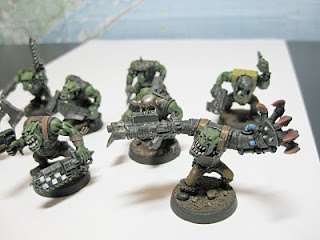 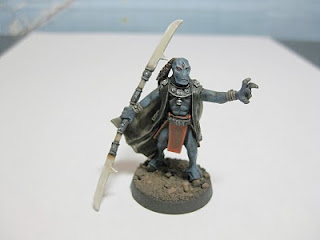 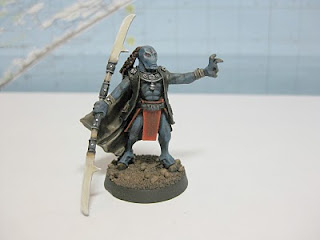 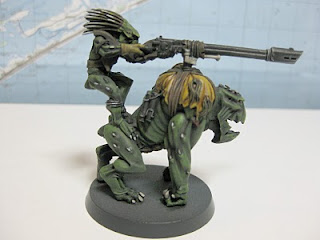 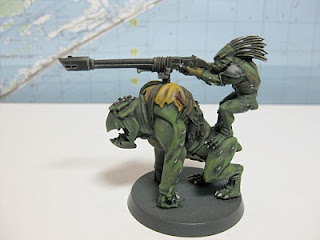 I'm not sure if you've seen these guys yet or not. Man, I need to finish this stuff. I get 80-90% done and start messing with something else. Orks are sure fun to paint. That one with the peg leg has arms from some old ork character. I didn't like the model, but his arms were cool, so I put his arms on a regular "boy" torso and threw that on some peg legs and now he's one of my favorite models. 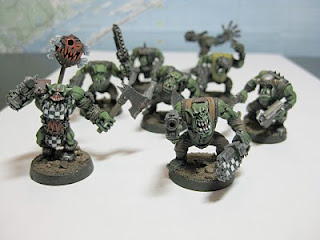 Aric here, Royce's little brother. He and I have been into this since about 1989. Back in the day I played Squats and he played Eldar. I currently have four armies, Templar, Tau, Orks, and a little Guard. 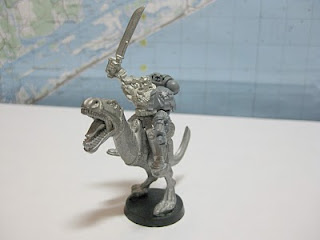 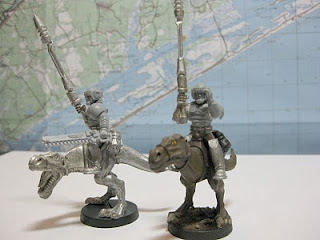 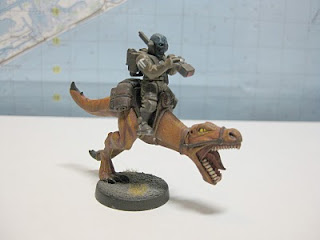 I've always really liked mounted troops ever since I saw Luke Skywalker and Han Solo on Ton Tons in "Empire Strikes Back" I don't think the tau scout would serve any purpose in a game, but the Marine could be a "counts as" bike mounted Captain. I would really like to do a full unit of the guardsmen though. I think the size works well. Any suggestions? They still need paint, mould lines cleaned, greenstuff, etc, but you get the general idea with the plast-i-tac holding their arms in place.
Posted by Unknown at 6:33 PM 2 comments: 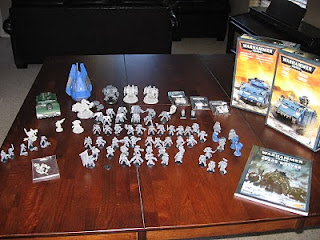 OK, I am an official 40k player.  I have played 40k off and on since high school (1989) but have never had a space marine army.  After reading Chapter War, I decided that I understand Space Marines, and yes they are cool.  I have always liked the Space Wolf lore, but not always their models.  The new models are great.   I found a whole army on ebay that was already mostly assembled, but unpainted.  I bought the lot, and here they are. I am planning on magnetizing the razorback and predator, so I can try them out as rhinos or the heavier tanks.  I would like to make a thunderwolf cavalry unit, but will probably wait until I get these guys painted to start on them.  After reading the codex, I am excited to give these superhuman werewolves a try.

The original owner did a great job of assembling these guys.  There are metal space wolf shoulder pads, forgworld parts, and everyone is assembled great.  I am going to add a bunch of combo weapons and some more melta marines around.  He also had ALL the new characters.  It is a sweet army that was assembled very well. 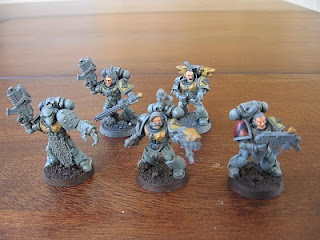 So here is the first trial squad.  I primed them with a grey primer.  Then washed them with devlan mud.  Then I drybrushed them with a 3:1 mix of codex grey and a light blue.  I still have a lot of detailing to do, but like how they are coming along. 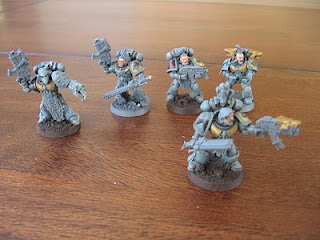 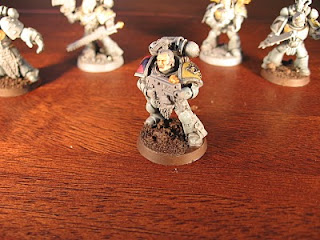