Here is a Klaivex with Demi klaives I put together from leftover bits.
The body is from the raider hanger-on with the right arm up in the air.  I trimmed off that arm, and replaced it with an arm from a raider sprue.  The blades are from the reaver blade vanes, and handles are from leftover raider spears.  The back vanes come off of the wych sprue.  I like how he came out.  Is he the best use of points?  No, but he is a lot of fun to play.  Last weekend he and a squad of 6 incubi, + Asbrudel had 6 pain tokens by the end of the game.  Lots of fun.  They hit like a hammer.  A hammer with spikes, nails, and razorblades.

Here are some wracks.  I love the finecast resin.  The acothyst had a couple weird bubbles, but I love the conversion potential of the resin.  The Haemo has some magnetized arms.  That will be another post.  You can also see the size of the razorwing on the base.  The guns and missiles are all magnetized.  That'll be a post coming soon too.
Here are the tokens I made that were AWESOME last battle.  My opponent had 3 leman russes and a baneblade (I didn't know we were playing apocalypse till I got there, but the Dark Eldar held out against the odds for a turn 5 win).  They worked great to mark the stunned, shaken, weapon destroyed etc.  results.  I bought the poker chips at Big Lots for $7 and superglued the printouts from FTW From the Warp counters   site onto them.  I originaly made a batch and glued them onto cardboard, but they weren't that fun to use.  These made some great tokens. I used white for shaken stunned, blue for immobile weapon destroyed, and black for destroyed.  I used plain red for pain tokens, and green for cover save/smoke.  Now just to make up some pics to paste on the red and green tokens.  Would work great for psychic powers/effects too.  They have a nice weight and are sturdy, colorful and fun to use. The Haemo's lower arms are magnetized.  I think I need to magnetized all four. 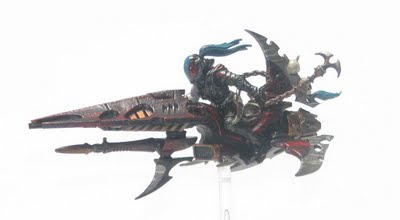 Here are my finished Dark Eldar Reavers.  I really like how bloodofkittens painted the face helmets on his trueborn.  I kinda tried a variation on what he was doing, and added a stripe to distinguish this guy as the arena champion with heat lance (magnetized) and possibly power weapon or agonizer. 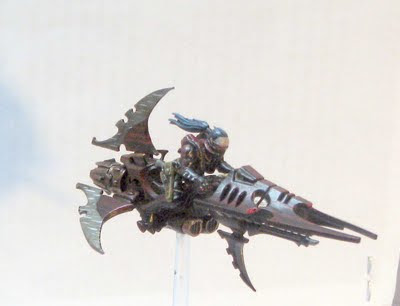 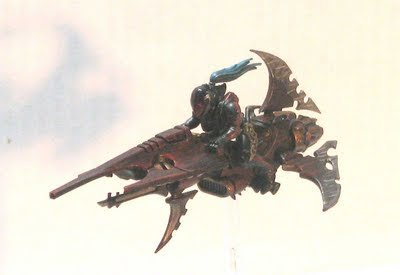 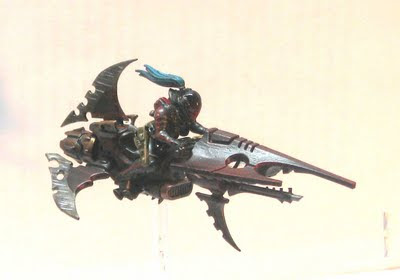 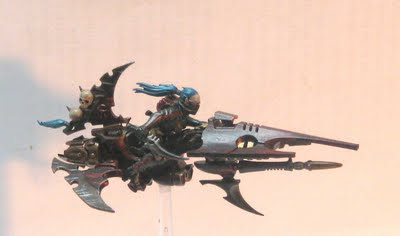 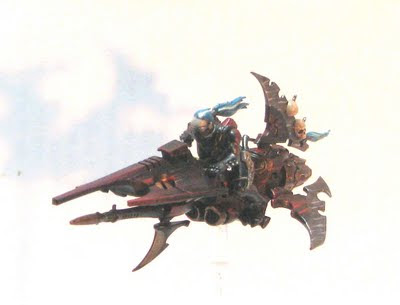 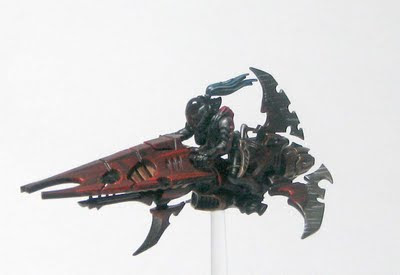 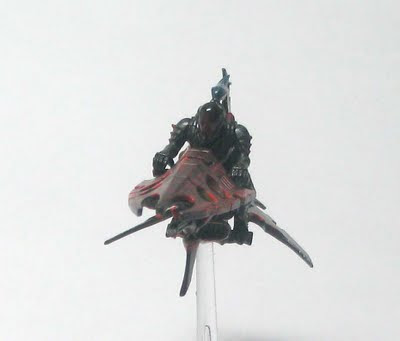 I must have painted the dark eldar graffiti on the front cowlings about 5 times.  In yellow, turquoise, white and yellow again.  It never seemed to fit.  I went with the streak pattern I put on my venom from awhile back.  I also really didn't like the yellow I airbrushed onto these guys a few months ago, and painted over that too.  The cowl on a few of them look rough.  That was the graffiti getting painted over.  I also need to work on my lighting.  Some came out great, others got a little washed out once I did the photoshop lightening on them.
I got the shiny effect on the helmets by finishing the painting, sealing them with a matte varnish, and then painting on a gloss varnish.  It works well to have the model matte, and then only have parts of the model gloss.  It really makes the glossy part stand out.
Posted by Unknown at 9:07 PM 3 comments:

Here are some pictures from our mega battle on the 28th.  It was a lot of fun with everyone bringing 3000 points of painted models.  It took forever, but a lot of stuff blew up, so everyone had a great time.  Here you can see my space wolves moving out behind my son's Angels Sanguine.  He held the line for a long time with his terminators, death company and amazing rolling.  The space wolves aren't 100% done, but they are almost there. 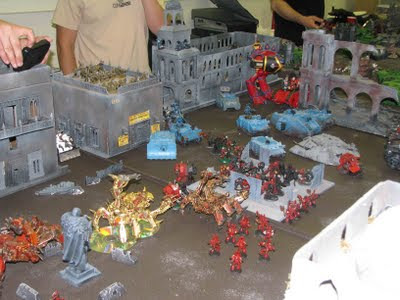 Time to take out the Brass Scorpions. 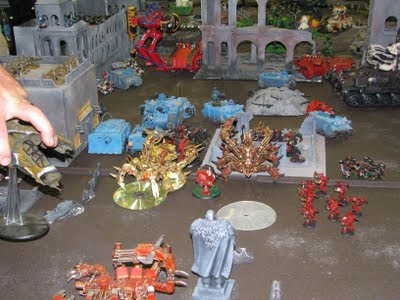 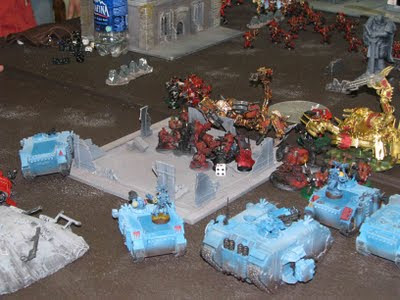 Logan, Arjac, and long fangs drop in behind the throne of skulls.  If only I had more Multi Meltas.  The squad didn't do that much to the throne, was assaulted by two 10 man assault squads, and a squad of chaos terminators with power weapons.  We won the assault the first turn and caused the two assault squads to run off, but Logan was alone the second turn, and was brought down. 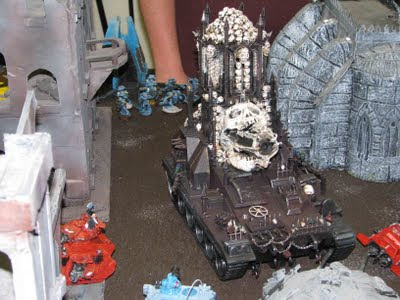 Some Blood Claws go after a brass scorpion. 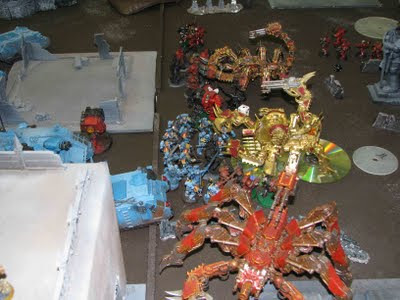 Three squads of grey hunters put some hurt on the scratch built Throne of Skulls. 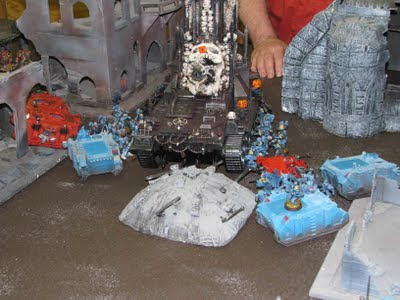 The other side of the battle.  And yes that is Elvis with a bolter.  He's from Las Vegas, so Elvis does everything there. 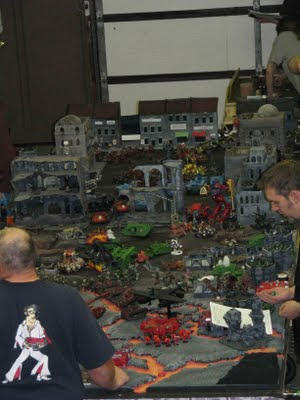