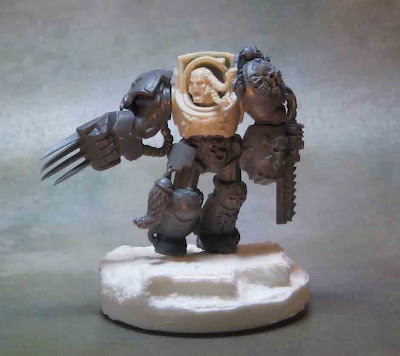 I have been getting excited about an all Terminator Wolf Guard army.  I have about 50 terminators to be put together. I am magnetizing all of them to be able to change out weapon load-outs after trying them in battle. 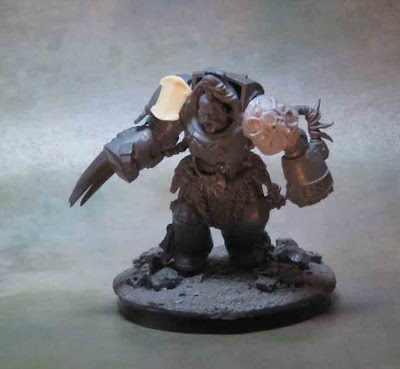 Wolf claw and power fist adds 15 pts, for 48 pts.  He can choose initiative 4 ap3 attacks, or initiative 1 ap 2 attacks.  Both get +1 attack because the claw and fist are both specialist weapons. 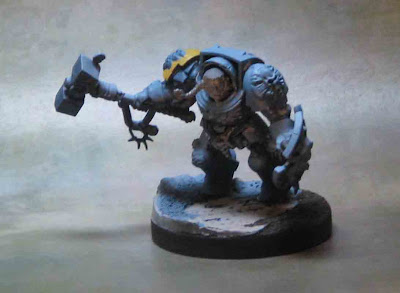 A little overpriced for the hammer and shield, but he looks dang cool. 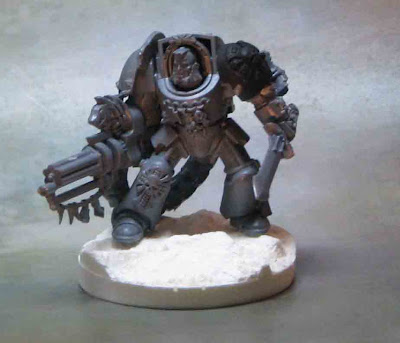 Only his left arm is magnetized.  Dark angel power sword arm there. 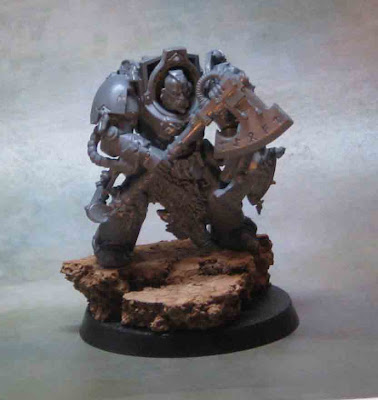 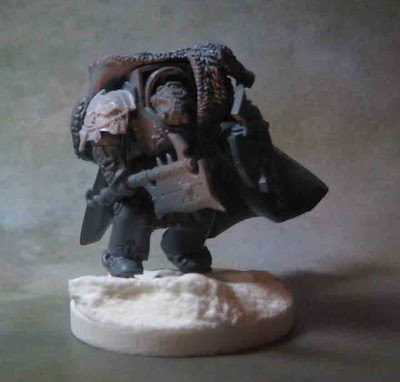 I will get rid of the chaos star on the axe before painting.  I like the cleaver look though. 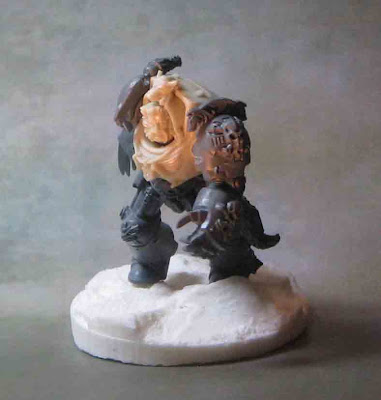 He has a claw back there.
Now only about 40 to go. 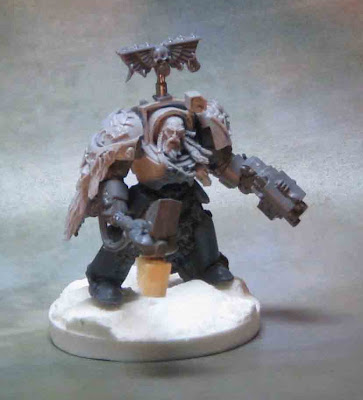 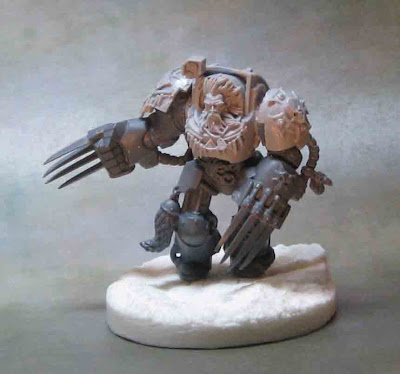 Two claws-again not the best use of points, but looks cool. 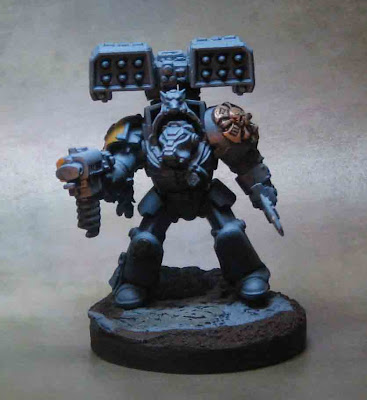 They all will be airbrushed like this chap.  The cyclone is magnetized, but I will probably just glue them on in the future.
Posted by Unknown at 8:01 AM 4 comments: