Orks vs Space Wolves first battle of Hour of the Wolf 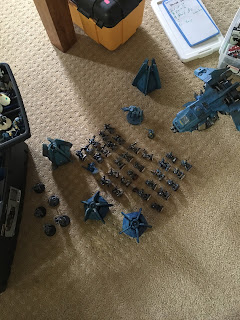 Turn One Orks set up in all the fortifications we had- Not enough.  Radar station counts as bastion.  Radar array counts as Las cannon turret. I hit the place with a laser burn, and and planet quake bomb.  I wanted the anti-air dead. 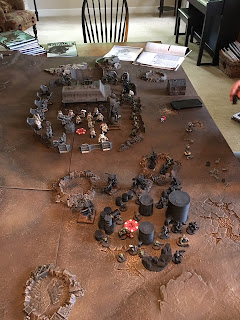 Wolves drop in.  I picked the raptor to come in for sure turn one (per attacker in planetstrike rules) , because we wanted to see what it could do. 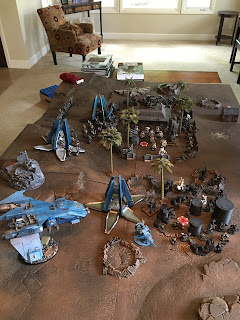 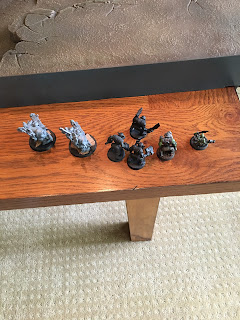 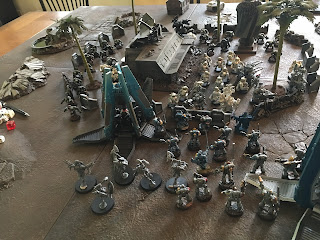 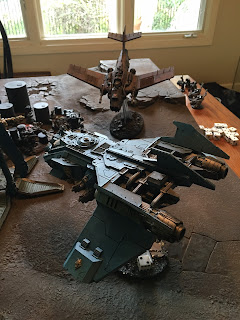 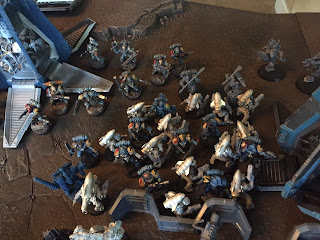 Casualties after ork turn one.  Ragnar and wulfen cut down storm boyz before they get to attack. 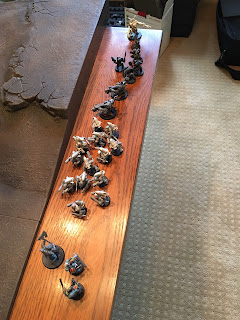 Turn Three casualties.  The fire raptor decimated the poorly armored orks, anything that assaulted ragnar or the wulfen were quickly cut down.  And Murderfang destroyed 3 killa cans, a couple ork warbosses and nobs, and was a complete beast.  The plama gunners all killed themselves with gets hot rolls. 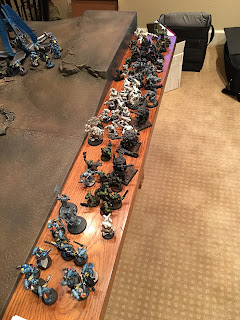 At this point we ended it, and both felt the orks need a new dex, we should have placed more fortifications for the orks, and he should have put the flash gitz in the bastion, surrounded by boys, and not have sent the storm boyz vs my hardest close combat units.   The wolves worked really well. 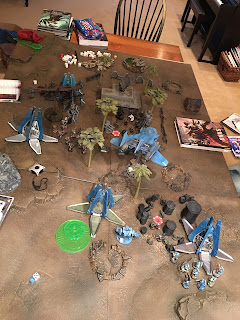 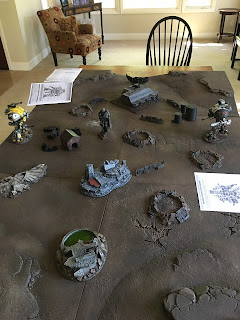 After a couple turns of me shooting everything I had at him, and Aric shooting and charging, He got close enough to start destroying me with the chainsword.  I had like 14 hits on him, but on almost every spot, not one area destroyed. 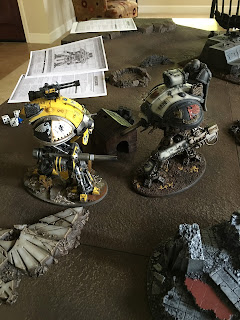 After a second turn too close to the sword, Aric destroys three sections for the win.  It's a fun game, quick and deadly.  I think the close combat weapon's ability to choose the target area, and not scatter was the key to winning. 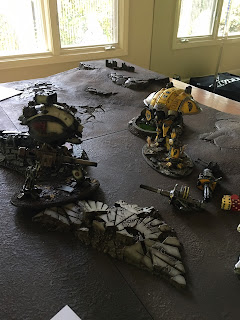