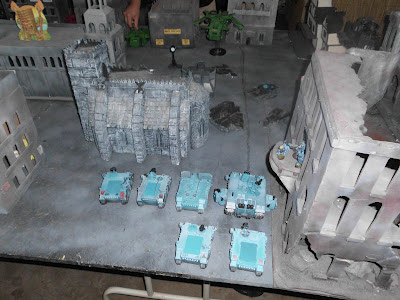 We had a great Horus Heresy Apocalypse game last weekend.  We had 6 guys with 3k per person.  We all set up across 3 tables, and then found out who was imperial, and who was Traitor.  Then the Imperials got 1 point for every unit that spent one whole turn on the central bastion, which was our "pick up zone".  The Traitors got one point for each unit completely destroyed.

We ruled that the unit had to be within 3 inches of the pad to be taken away.  I was playing my wolves.  The imperial side included my wolves, the Salamanders across from me, and the raven guard to my direct left.  The traitors ended up including the iron warriors (across and to the right) , Khorne, (across and to the left), and Imperial Fists(to my direct right).  We ended Imperial 25 to traitor 22. 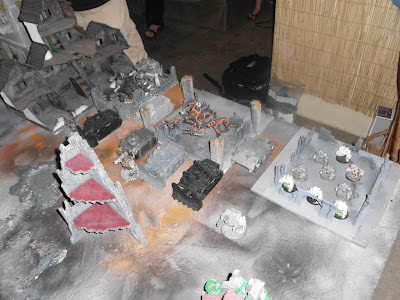 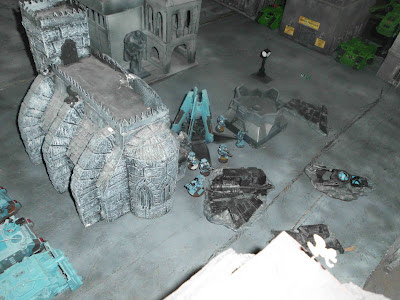 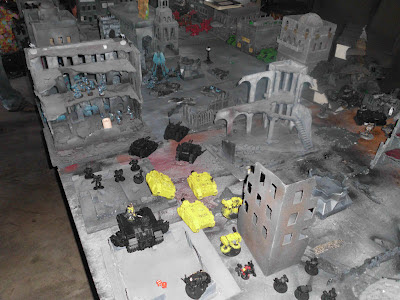 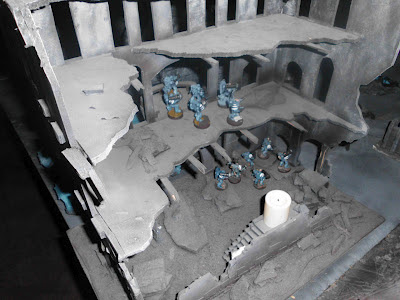 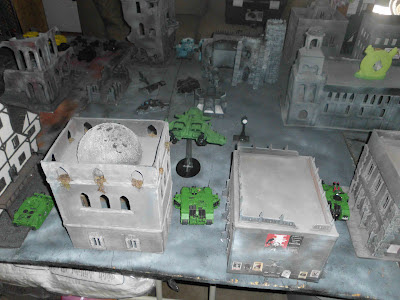 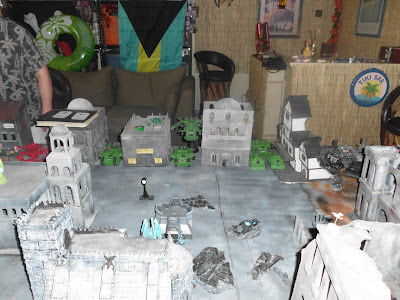 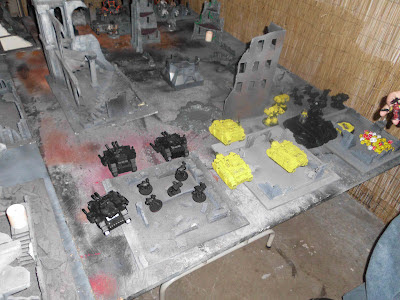 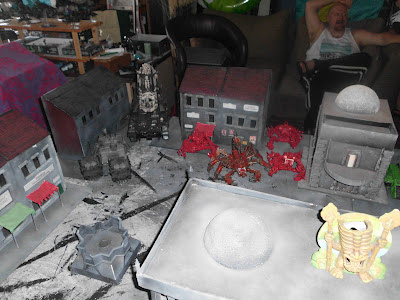 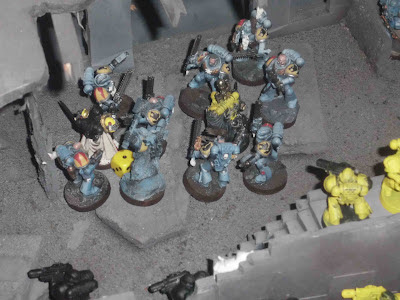 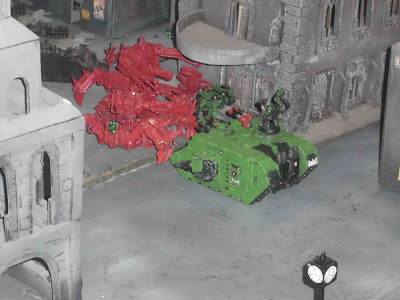 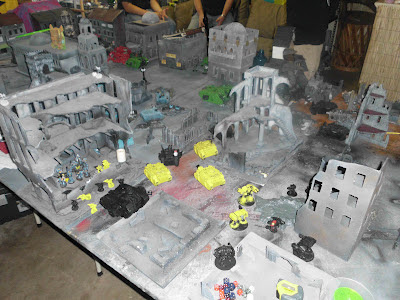 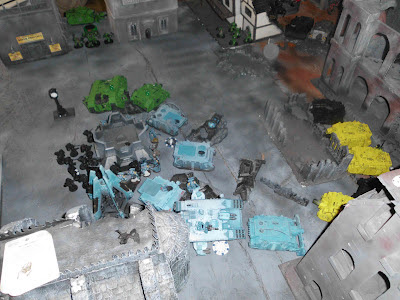 I sent the vindicator, landraider full of blood claws, and the long fangs against the imperial fists.  The rest of the army raced for the teleporter, and I got most of them off of the planet. 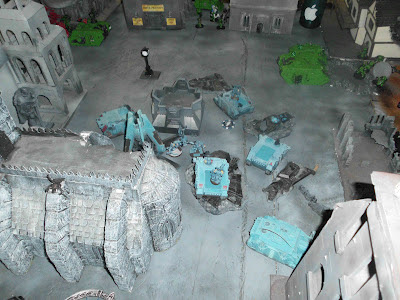 The green termies above caused some major havoc amidst the Iron Warrior lines, destroying vindicators, defilers, rhinos, and a few other things. 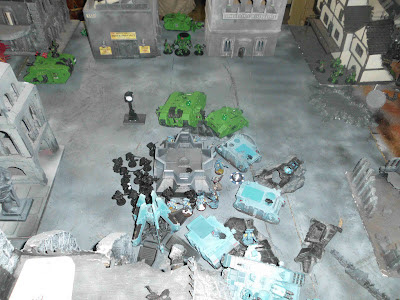 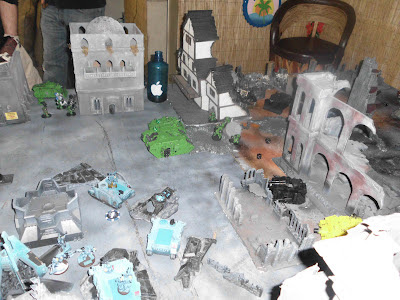 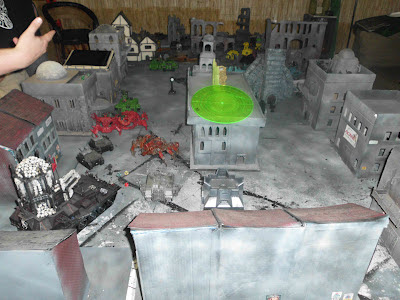 The awesome, custom made throne of skulls caused some major damage, and that huge pizza plate kept dropping on our units around the evac pads.
Posted by Unknown at 7:11 PM 3 comments: