Wraithseer and lynx in Progress 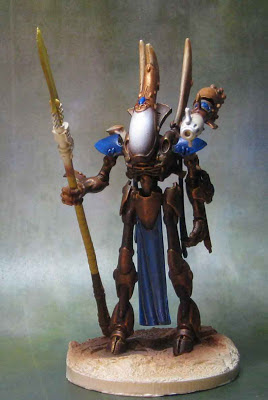 Here are some projects I have been working on.  I still have some work to do on the wraithseer.  He has been a lot of fun to paint.  I started with a grey primer-a must for working with resin.  Then a cream colored spray paint.  I learned that when you get a good look with your airbrush, PUT IT DOWN.  I had a great fade from cream to brown on the wraithseer, and then wanted to add just a bit more, and ruined the whole effect.  After trying to recreate it, I was not quite as happy with the result.  Then I did a heavy gold drybrush across the whole thing, followed up by a wash of gryphon sepia.  I tried to draw attention to the face and gun barrel by making it almost white.  The spear needs some work, as does the base, and some touch-ups on the seer himself. 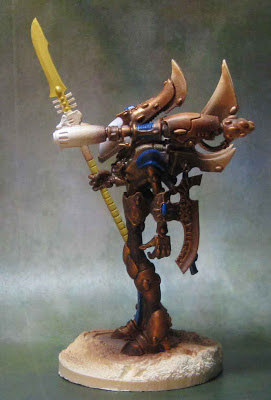 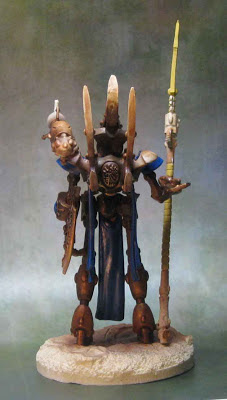 The lynx has only been airbrushed.  I like the blue/light blue effect I have going so far.  The sonic lance is magnetized to replace it with a pulsar whenever I get my hands on one. 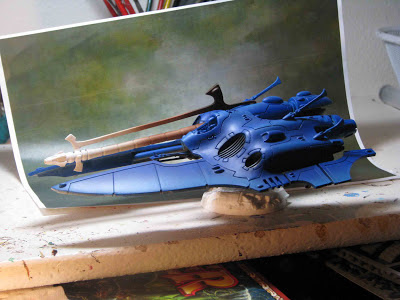 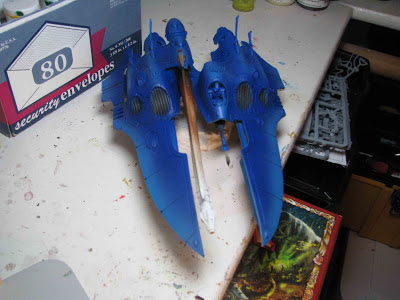 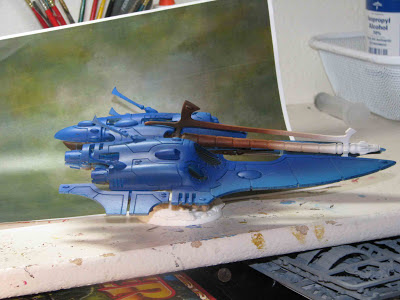