Ever since the dark eldar were updated, I have wanted a squad of these guys.  I love the thought of four armed, snake-men.  I like the finecast model, but monopose for a unit of over 2 doesn't work for me.  I built these from original metal tyranid ravener bodies.  I cut off most of the large tail blade they have.  I also trimmed the width of the top of the ravener snakey tail, where I glued the first set of arms, to fit with the width of the dark eldar waists.  The metal was nice to work with, because I was able to bend the tails around to give each one some of its own character.  You will recognize other bits from dark eldar warriors, shard carbines from the scourge kit, dark elf weapons, harlequin weapons, wyche weapons, hellions and even a sword from the shining spears kit. 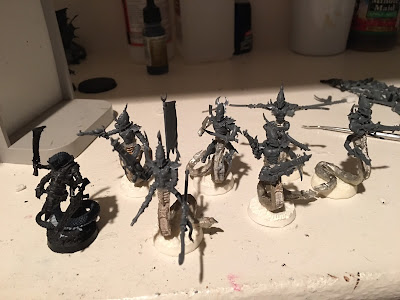 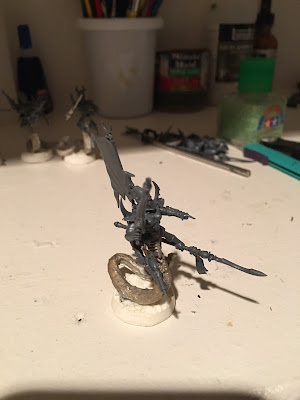 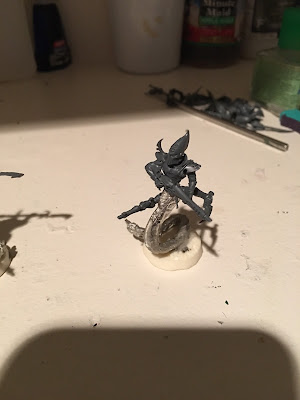 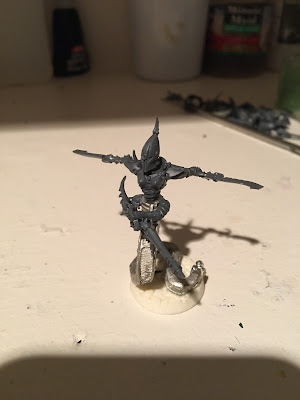 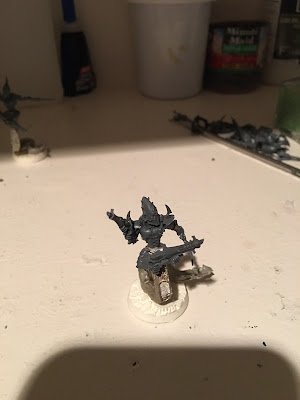 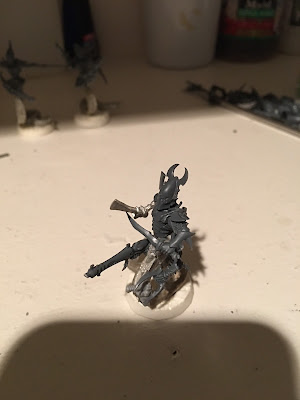 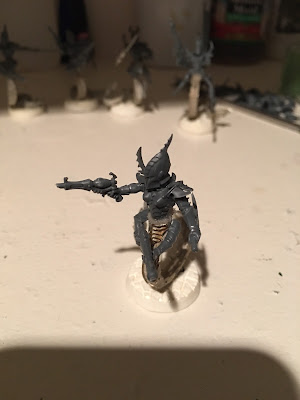